West Coast Weekender came back to San Diego exceeding all of our expectations. Our rideshare advertising team from RIDEPLAY tv enjoyed a weekend full of music, art, networking, and fun. Check out our interview with legendary Doc Martin from Desert Hearts to see his thoughts on the music festival scene – past, present, and future. 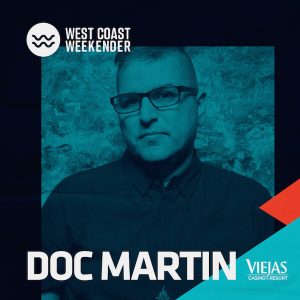 “You’ve been in the EDM scene for a while, how do you think it has progressed?”

“Well I’ve been in it for a while, so I have seen it take many different turns over the years. But what I can say recently is that it has progressed towards a more conscious vibe. I do a lot of work for Desert Hearts; you’ll see me at Lightning In a Bottle and a lot of other festivals. And that’s how I started, was doing renegade festivals and pre burning man which was Rainbow Gathering and things like that. Renegades and the vibe they bring is where my heart is.” 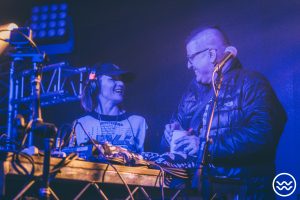 “I definitely resonate with that renegade vibe; I personally love it. The community sense about it.”

“Yeah exactly. There’s people and groups like that all over the country. To me, that is something I have really wanted to see for America. I was traveling in Europe a lot over through the 90’s and early 2000’s. I wanted to wait for the day that I could stay in the US and do great shows everywhere. And it’s true, it’s happening everywhere now. I’ll see people from years ago that first saw me when they were 18 and now, they have generations of their family enjoying the atmosphere and it truly is something special; sometimes even up to three generations which is crazy.”

“Maintaining the closeness in smaller festivals, such as Desert Hearts that you’re so close with, can get hard. What’s your take on that?”

“It definitely is hard. Desert Hearts is one that especially has created something great that needed to happen, and they did it at the right time. I like that they put a priority on keeping it a smaller size as opposed to these huge festivals you’re seeing. You can go mainstream and make lots of money but then you’re not in control of your crowd necessarily. I still pass out flyers and try my best to keep it more personal; I want to know who my crowd is. It’s not always about numbers, but the experience and who really wants to genuinely be there. With other Desert Hearts artists I’ve had them come on solo; Porky just played with me and D!nk and I also had Marves play with Art Department.” 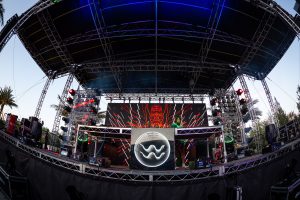 “Do you still play only vinyl sets?”

Is it hard to transition, you think, from digital to vinyl?

“Well, I still buy records every week from England to Germany – I’d have a lot more money if I didn’t (laughs). I’m like a bad professor, I’ll spend five hours a day just messing around with music whether it’s producing or whatever it is. Sometimes I’ll just grab a stack of records and start mixing ‘em until it happens you know. Just really seeing whenever you can make that cocktail come together. Vinyl keeps me on my toes; it’s a little harder. It took me a while to learn CDJ’s because before it was all vinyl and you don’t get that live filter.”

“West Coast Weekender is hosting a couple Ableton workshops this weekend, how do feel about that?”

“I’m probably the only guy who doesn’t know how to use Ableton. Regardless though, what they’re doing here at West Coast Weekender is awesome, especially the workshops and panels they’re having because it’s a refreshing detail to have at a festival like this. As soon as I get a break from touring I’m actually going to sit down and finally learn Ableton myself. It’s a good starting point for newer DJ’s that want to learn how to make music, which is sort of an unfair advantage as opposed to when I first started – but that just goes to show how far it has progressed. I’m excited because I have a lot of unreleased tracks that have been being sent back and forth from other artists, like the Martinez Brothers – about 14 unreleased tracks that I’m excited for. One time we were in Miami and for five days all they did was spin vinyl; it was great. We did a 32-hour party just cause.” 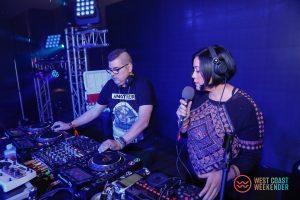 Post interview, our rideshare advertising team went to the indoor stage to enjoy Doc Martin’s live music set. It was exactly what our team had imagined and more. Doc Martin brought out a local female artist who simultaneously sang and mixed – and it was amazing. It gave our team the chance to see exactly why Doc Martin’s music and mixing style has, and continues to be, extremely popular.

All interviews at West Coast Weekender 2019 were hosted by Marissa Rees and Louis Laudenslager.

We're not around right now. But you can send us an email and we'll get back to you, asap.