CES 2020 techspectations from a drone expert!

As we head into CES 2020 I am excited to discover what new innovations lay beyond the horizon of today’s current techspectations. With the rapid growth of the commercial drone industry it will be interesting to see what sorts of improvements will be found in terms of extended aerial drone flight times, larger payload capacities, and quieter performance.

There should be a great display of aerial, aquatic, and rover style robotics from the drone industry. It will be interesting to see how far technology has come with alternative uses for drones outside the traditional photo and video avenues.  Robotics will be a show highlight; I expect to see advances in human robotics such as prosthetics, surgical procedures, and further adult and lifestyle integration. 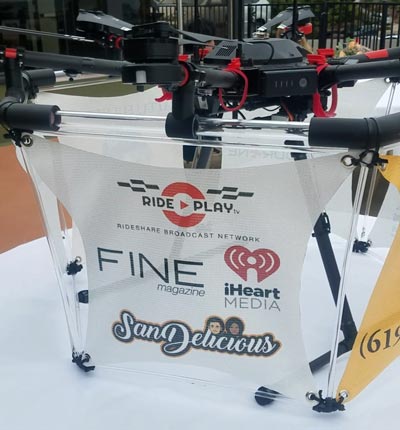 I predict that A.I. will play a major factor with more specialized cameras being used for more advanced data capture, and information gathering and reporting.  With smart cities being a huge focus worldwide, it will be exciting to see how artificial intelligence will be integrated to create safer, smarter, and more efficient living experiences. From advertising and public communications, to medical transportation and law enforcement, smart city initiatives are set to reshape modern communities. Let’s see what’s in store…

I expect to witness a few breakthroughs in digital display technology and improvements in telecommunications from big players like Verizon Media, who has already announced innovations in ways that 5G is integrated, resulting in higher speeds and more stable mobile content distribution.  Digital displays will likely be marketed as important technology resources, with more implementation for use in out-of-home (OOH) advertising and marketing. Tech corporations such as drone advertising company PromoDrone and rideshare advertising platform RIDEPLAY tv will benefit greatly from advances in display capabilities and dynamic content streaming improvements.

PromoDrone teamed up with RIDEPLAY tv at the It’s All About the Kid’s Charity event in 2019.

Augmented reality and VR will also have a huge presence at this year’s event. I’m expecting huge showings in ways these technologies are used in the educational, experiential, and medical spaces. There’s also a nice investment in these services from major technology developers.

Microsoft and Sony are soon releasing new consoles. Both will boast much stronger GPU’s and CPU processing power over current generation models. Hopefully we will learn more about some of the hardware and technology that powers these devices along with modern high end gaming PCs.  Maybe we will even catch a glimpse of their tech on display…I doubt it. However, there should be some great PC component updates and demonstrations in next-gen processing hardware and software.

There will be plenty of new gadgets and clever glimpses into the future front and center. I will do my best to absorb all that I can and tell you about my experiences and findings. Stay tuned to RIDEPLAY tv for updates and more content discovery.

RIDEPLAY tv has been entertaining passengers for three years and has earned rideshare drivers higher tips and ratings across the country.

Learn how RIDEPLAY tv can help you expand and reach your audience. Simply complete the form on the right TODAY!

Inquire for Paid and Earned Media